The Story of Marshall Vian Summers 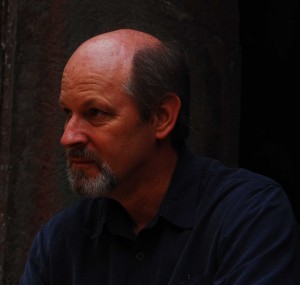 Marshall Vian Summers has given the last 37 years of his life to receiving and quietly teaching the New Message from God.

For much of the year he works in the Rocky Mountains of the United States where he lives in seclusion surrounded by his family and close companions.

On rare occasions Marshall travels to other places in the United States and abroad to provide the warning, the blessing and the preparation contained within the New Message.

Marshall was ignited spiritually at an early age, especially through his experiences in nature. As a young man, his journeys through the wilderness of North America contributed to his mysterious education.

After graduating from the university, he became a teacher for blind children. During this time he began to experience and rely upon an Inner Voice to guide him in his work.

Acknowledged for his talents in this field, he was offered the opportunity to make this his life’s work. Yet the Inner Voice compelled him to decline and to re-enter the wilderness for many months. Following this time of reckoning and relinquishment, he returned to the world of people and culture and began to teach the principles of Self Knowledge, which he did for seven years.

In 1981, at the age of 32, he had a direct encounter with the Unseen Ones, the Angelic Presence who had been guiding and preparing him all along. This encounter forever altered the course of his life and initiated him into a deeper relationship with them, requiring that he surrender his life to God.

Soon after this encounter, Marshall knew he had to leave his students and his teaching, his relationships and his home in the city to wander again. This was a difficult, inexplicable and solitary period for him. His wandering led him to retreat in the desert of the American Southwest where the Angelic Presence came to him again. And so began the long, mysterious process of receiving God’s New Message for humanity.

During the years that followed, Marshall’s role as a teacher had to evolve so that he, as the one destined to become the receiver of the New Message and its Messenger, would be ready. He had to have enough worldly wisdom and enough skill and integrity as a communicator, as a teacher and as one who is visionary and who has insight, to be able to receive a Message of this magnitude given over a very long period of time. He had to learn about the reality and spirituality of intelligent life in the Universe, which in the New Message is called the Greater Community. In addition, he had to be able to endure thousands of hours of direct contact with the Angelic Presence, receiving and recording the New Message from God. This put a great strain upon him, both mentally and physically. It is a process that few in the world today understand.

Even though Marshall Vian Summers was sent into the world, destined to be the Messenger, he would not know this for many years. It would only be revealed to him much later, in the latter stages of receiving the New Message itself. For there is always the risk of the Messenger failing—by tampering with the Message, denying the Message or being unable to make the ongoing sacrifices required to receive and present the Message. Therefore, it was necessary that Marshall reach a level of individual maturity and wisdom in order to receive the greater mission and calling which were his to claim.

NOW, AND THE JOURNEY AHEAD

Though he has carried the weight and responsibility of this new Revelation for many years, Marshall Vian Summers has maintained his humility and humanity throughout his long and inexplicable journey of bringing a New Message from God into the world. No Messenger has ever been able to do this alone. Thus, a mysterious sequence of events led people to him. The first to find and join him was his wife, who has supported him since 1983 and has made her own sacrifices to ensure that the New Message could be delivered. Over the years, a small group of individuals, one by one, followed a calling which ultimately led them to take up their position to support this great work. He was also blessed with a son, who has now chosen to join him in his mission.

Now, after years of working quietly without worldly recognition, the time has come for him and those called to help him to bring the gift of the New Message to humanity at this time of great change and uncertainty.

Read the original Revelation: The Story of the Messenger[/vc_column_text][/vc_column][/vc_row]